Here you can check the meetings of the work groups and the general  assemblies for the 12 and 15 of MAY actions.

By the international Facilitation team (dinamization12m15m@gmail.com)

2) Twitter: Platform for the hashtags of the #globalrevolution http://www.yeswecamp.net/

here you can find a very handy platform for people who use twitter and are involved on the global revolution. Website based on open code, below the tweet-boxes you can find a link to download the code and make your own “yeswecamp” with, for example, all the #hashtags that the neighborhoods  of your city are using or the dates and events that you need to follow

Occupy May is a facebook event created by Occupy LSX. They are already working for the global May at their GAs and in the Work Groups meetings.

They are already preparing the 12M, you will find more information in this link to the facebook event https://www.facebook.com/events/310927198971246/

They also make a call for the global may, and you can read the english translation here: http://www.globalmay.org/index.php/blog/item/16-may12-indignation-brussels

http://ru12m.org/ This is the website where Occupy Russia. They are preparing the global spring too. We are so proud to have them on board!!

They held the first State Meeting last weekend, you can find the Spanish and English versions of the summary here: http://bit.ly/GQ77F5

8) International Assembly AGORA Athens  – Because we are all Greek!

9) The Netherlands – A revolutionary clockwork orange

A work group has been created within the n-1 social network that will try to coordinate actions in May 2012 in the Netherlands, please join and contribute

Occupy Quebec is devoted to concentrate the energies of indignation for a common effort, they made numbers! 4 General Assemblies and 9 coordination wednesday meetings to go. If you want to act, there are seven different projects in which you can get involved, with plenty of choice!!

In the spirit of a movement which is anchored in local communities, they are preparing temporary nomadic occupations in neighbourhoods and planning for reoccupation of our public spaces.

Brazil joined to the mobilizations of global may too! Here you can join they facebook event: https://www.facebook.com/groups/378641685480678/

Occupy Copenhagen has decided to take action on May 1st, May 12th, and May 15th. May 12 strike actions are being planned. The strategy for the rest of the days has not yet been determined yet

Sydney is going to dicide in the next general assembly if they get involved in the demostration of 12th may for this global may. Came on, Syndey! keep on! 🙂

On May 17-19, thousands of activists from a multitude of struggles across Europe will gather and occupy the financial district of Frankfurt, they plan to block the European Central Bank and hold a mass demonstration against the dismantling of democracy across Europe and the financial dictatorship of the ECB, IMF and Troika.

“In all corners of this country nowadays the majority gets abused by a few. We are 99.9% and only the 0.1%  decide how much interest we pay on the banks to the ISAPRE, our retirements at the AFP, what we eat, what we watch on tv, if we support a football team they even decide who plays for it. It’s about  time to say ENOUGH, HAVE DIGNITY! “

In  Chicago, on May 12-13, there will be a music festival with  international, national and local musicians. The festival offered to  raise funds for the Occupy Movement by donating 50 percent of net  profits to Occupy Chicago, who officially  endorse and support the  festival 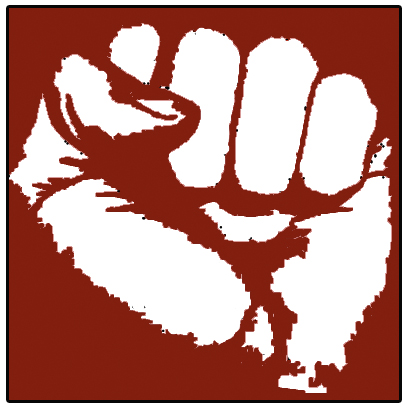 No Marchionne day a Napoli12 Dicembre 2011